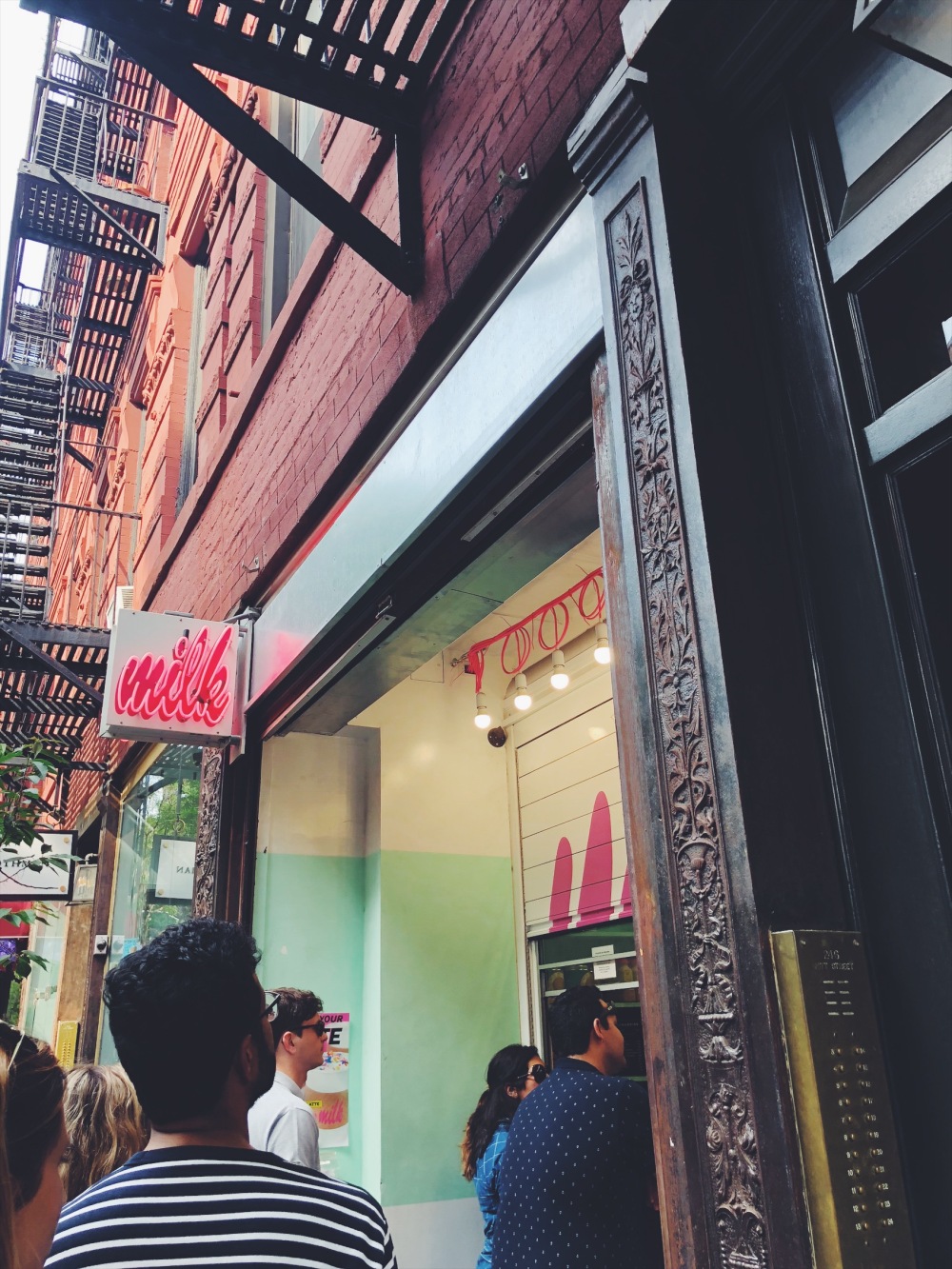 If you haven’t watched Chef’s Table on Netflix yet, you are seriously missing out and I can no longer be your friend, just kidding, but really. I’ve watched the episode about Christina Tosi at least three times and I just can’t even explain it. You might know her because of one of the most Instagrammable ice creams in NYC, Milk, and basically she’s completely inspired me, from her down to Earth vibe to her work ethic, she is an inspiration. Christina Tosi is the founder of Milk – an ice cream/cereal/sweet shop, which grand opened in the East Village and now has multiple locations, which Darren and I had to visit on our overnight to the city last week; we went to the one on Mott Street in Nolita. Upon watching Christina talk about how she got where she is, I couldn’t help but relate to her in so many ways and of course was craving some cereal milk ice cream after watching!

Where Do I Direct This Overachieving Mentality

As a 25 year old who feels far from sorted out when it comes to the career aspect of my life, I was so happy to listen to Christina talk about her journey to success. She has incredible drive and work ethic, which I like to think I also possess. There’s a part in the episode where she admits she didn’t know where she was going or what she was working toward, but that she was always an over achiever; she talks about getting good grades, getting into college, and her parents expecting a lot. She even mentions a fear of not reaching her potential, which I often struggle with. But, Christina knew one thing and one thing only, she would come in earlier, stay later, and work harder than everyone else and that was all she would need to be successful in whatever she chose, so she chose the thing she loved.

What Is The Thing That Is Going To Get You Up In The Morning And Excited?

What was also so inspiring and the reason I do have a special place in my heart for my current job, are the connections she made while making her dream a reality. Without the support of David Chang, founder of Momofuku, she never would have decided to rent the space that became Milk. David Chang showed such compassion in terms of leadership; he could have been selfish and kept Christina’s talent in house to help his business thrive, but instead made her spread her wings, and fly. To me, that is real leadership and friendship. David describes Christina in the moments before Milk was born; he talks about how he told her that cereal milk ice cream was going to become a thing no matter what, if it wasn’t her idea it would be someone else’s, and that she needed to decide where she stood in that narrative; Christina was just someone who loved baking and was really good at it, but needed a push. David didn’t steal her idea, he didn’t run with it; he made her run with it, and I love that about her story. She also started working at Momofuku by chance, as a favor, which shows that maybe everything does happen for a reason.

It’s Not Alway Sunshine And Rainbows

The real thing that I love about her story is that it didn’t matter what missteps she took along the way, which of course there were some, she ended up right where she was meant to be; it wasn’t always a clear path, or even something she knew she would come to be, but that didn’t stop her or the universe from her finding her passion.

The ice cream was perfect, of course, and we got a slice of “crack pie” to go, which was also amazing; I would highly recommend stopping by Milk and seeing Christina’s great idea at work, not to mention checking out Chef’s Table on Netflix! 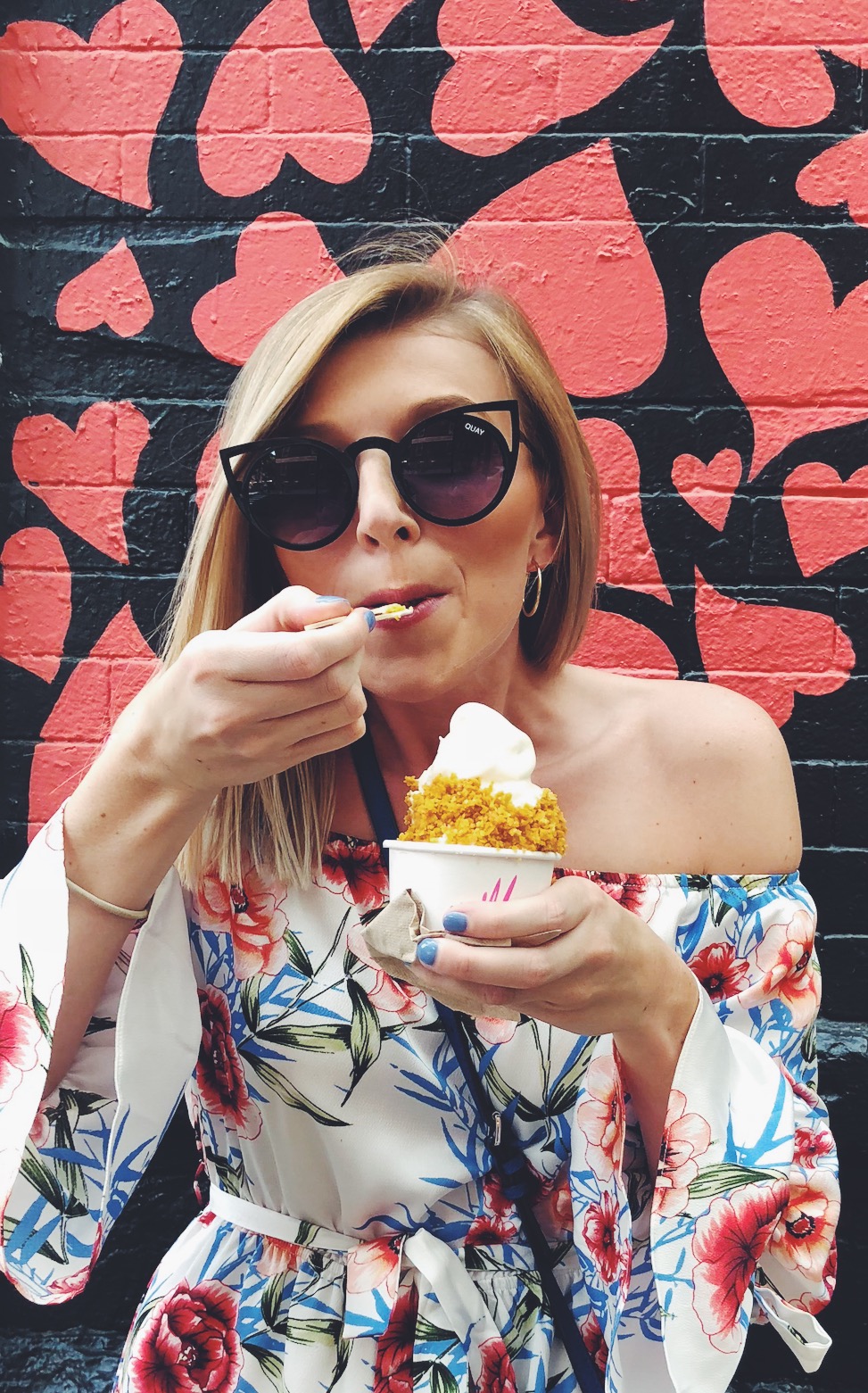